Skip to content
In the month of October, we commemorate those who lost their lives fighting for freedom in the 1956 Hungarian Revolution. Hear day to day, how the revolution started and ended in the Free trial Audiobook called The Eleventh Arrow. This book was written in real time as it happened. One day you are suffering in the hands of the communists and the next day your world changes without thought.

The Hungarian Revolution began October 23rd, 1956. Listen to this audiobook as it takes you day by day. You will be hearing two different aspects of the revolution in real time.

is book based on a true store about a couple escaping the Russian communists during the 1956 Hungarian revolution with three very small children.

Times are really tough with a socialistic government controlling us. The Russians control ever aspect of our life.

How much we are allowed to eat. [They ration our food].

Where we live. [They have allowed our family to live in a two room place owned by the Russians. Our mother sleeps in the kitchen and we sleep with our three children in the other room. To bathe the three children we use a large plastic bowl in the kitchen where it is warm and toasty. The bowl is called a lavor. Each child is bathed one by one with the same water. We don’t have running water, we use a well. We warm the water for the lavor on our wood burning stove where we cook our meals on. We also use the lavor to wash our clothes. We use an outhouse, as we do not have a toilet, no one in the country does].

What kind of job we are allowed to have, [after all, they are giving us free college. In college, they test us as to how they can use us. We can not decide for ourselves what we want to study, they choose our career for us. After college they take us from our city we grew up in, and bus us into another city called Gomba, to work in a communistic ammunition factory, no one gets to choose where they will live or work, it’s a socialistic country and we do as we are told].

They fund us in order to control everything we do. Everything is controlled by the government. The government take over all our businesses when they took over our country. We can only work for the government because the socialistic government controls us. If we say anything about the government we are hauled off to jail for the rest of our life, or shot on the spot. The soldiers wear rifles and are ready to shoot us at any moment. They took all of our guns so we can not fight back.

There is no more freedom of speech. One wrong move and our family will never see us again.

Since the socialist government controlled our news, they will only tell us what they want us to hear. We are never told the truth about how much more they will take from us and our life…

Life has changed since the second world war. Before Hitler forced us to join him, we lived a very normal life. One without war, without being being forcibly put on the front lines of the Russian boarder. Before Hitler’s war and before the United States and England gave us to the Russians, life was good. We were a strong people. After the war, England and  USA decided to take our land away from us, giving our land to Austria, Czechoslovakia, Romania and Yugoslavia. They left us with a tiny country to give to the Russians to torture and persecute us. Somehow we had to survive.

During this time Russians rewarded people to report their neighbors to authorities. If we hear someone is saying anything against socialism, report them. If you didn’t report them, they could come after us for not telling. Most of us stay to ourselves never talking to our neighbors in case they are informants. This would have never happen if the Russians are not in our country.

Political repression takes hold of our country.  Not long ago, the socialist Security Police called the AVH begin purges, first within the Communist Party to end opposition and to take away all voice of the Hungarian people. At least 7,000 people—were purged. After dividing up the class of people. The socialists and communist merged with the Democratic party to become the Working People’s Party. That’s when the the People’s Republic of Hungary was declared.

In a single year, more than 26,000 people are forcibly relocated from large cities. As a result, jobs and housing are very difficult to obtain because of the communistic social party that is now called the Working People’s Party. They change the names but they still didn’t change the control.

Hungary was forced to agree to pay war reparations approximating $300 million American dollars to the Soviet Union, to support Soviet repression. Hungarian currency experienced a huge depreciation, resulting in the highest historical rates of hyperinflation ever known. Because Hungary was forced to participate in the Soviet-sponsored (Council of Mutual Economic Assistance), we were prevented from trading with the West or receiving any kind of aid. We were left to the mercy of the Russians, [who showed no mercy].

Since the Russians want to raise industrial output by 380%, thus crippling the effects of exportation of most of Hungary’s raw resources and technology, sending it to the Soviet Union. This plan weakens Hungary’s existing industrial structure and causes real industrial wages to fall by 18% of it’s already low wages. Even though national income per capita rose, our standard of living dramatically fall, and because of Russia’s mismanagement, this created chronic shortages in basic foods resulting in our rationing of flour, sugar, bread, and meat. People have to stand in lines at the bakery, the meat shops and the regular small stores for flour and sugar.

And then came the further reduced personal income. This fuels discontent as the Russian debt grows and the population experiences shortages of goods and money.

On 5 March 1953, Joseph Stalin died, his death triggered a power struggle in which Nikita Khrushchev became leader.  In July of 1956  students, writers, and journalists become more active and critical in politics. Things are beginning to brew within the communist’s hold on the Eastern Bloc countries and the The United States hopes to encourage these Soviet held countries to break away.

On this date, Laszlo Rajk, who had been executed by the Hungarian Rákosi government, is reburied in a moving ceremony that strengthens our party opposition.

College students have weekly games of bridge or other entertainment these are some of the influencers of our political movement.

Come back everyday and we will tell you more about the revolution for freedom. 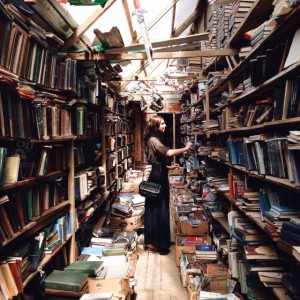 No more need to hunt for just the right book to read. We will teach you how to get download an awesome FREE trial audiobook as of today. It’s as easy as pressing a button. All you have to do is find the book you would like to listen to, click the book info, and you will be on your way to getting your free audiobook.

is a sexy who done it book about a girl who finds herself in a murder mystery.

So You Think You Want To Be A Hairstylist ~ Book info

is the truth about the beauty industry, especially now during Covid, this is an important book to listen to before entering the beauty field. Is this the career you really want to enter? It will open up your eyes to what is really gong on in the beauty profession.

There is nothing to buy. You may choose one of these  FREE, FREE, FREE  trial books and cancel anytime!

*All others follow with the regular button and add email please.

We would love to hear from you.

This is our beauty site from your beauty adviser ~ http://www.BreakingNewsBeauty.com

This is our travel blog~  http://www.AbagPacked.com